The spin magnetic-dipole transitions and the neutron-proton spin-spin correlations in sd-shell even-even nuclei with N=Z are investigated by using shell-model wave functions taking into account enhanced isoscalar (IS) spin-triplet pairing as well as the effective spin operators. It was shown that the IS pairing and the effective spin operators gives a large quenching effect on the isovector (IV) spin transitions to be consistent with data observed by (p,p’) experiments. On the other hand, the observed IS spin strengths show much smaller quenching effect than expected by the calculated results. The IS pairing gives a substantial quenching effect on the spin magnetic-dipole transitions, especially on the IV transitions. Consequently, an enhanced IS spin-triplet pairing interaction enlarges the proton-neutron spin-spin correlation deduced from the difference between the IS and the IV sum-rule strengths. The β-decay rates and the IS magnetic moments of the sd shell are also studied in terms of the IS pairing as well as the effective spin operators. 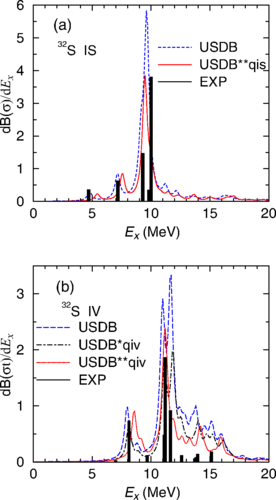