Scientists at Osaka University discovered a novel particle acceleration mechanism they describe as a micro-bubble implosion, in which super-high energy hydrogen ions (relativistic protons) are emitted at the moment when bubbles shrink to atomic size through the irradiation of hydrides with micron-sized spherical bubbles by ultraintense laser pulses. Their research results were published in Scientific Reports. 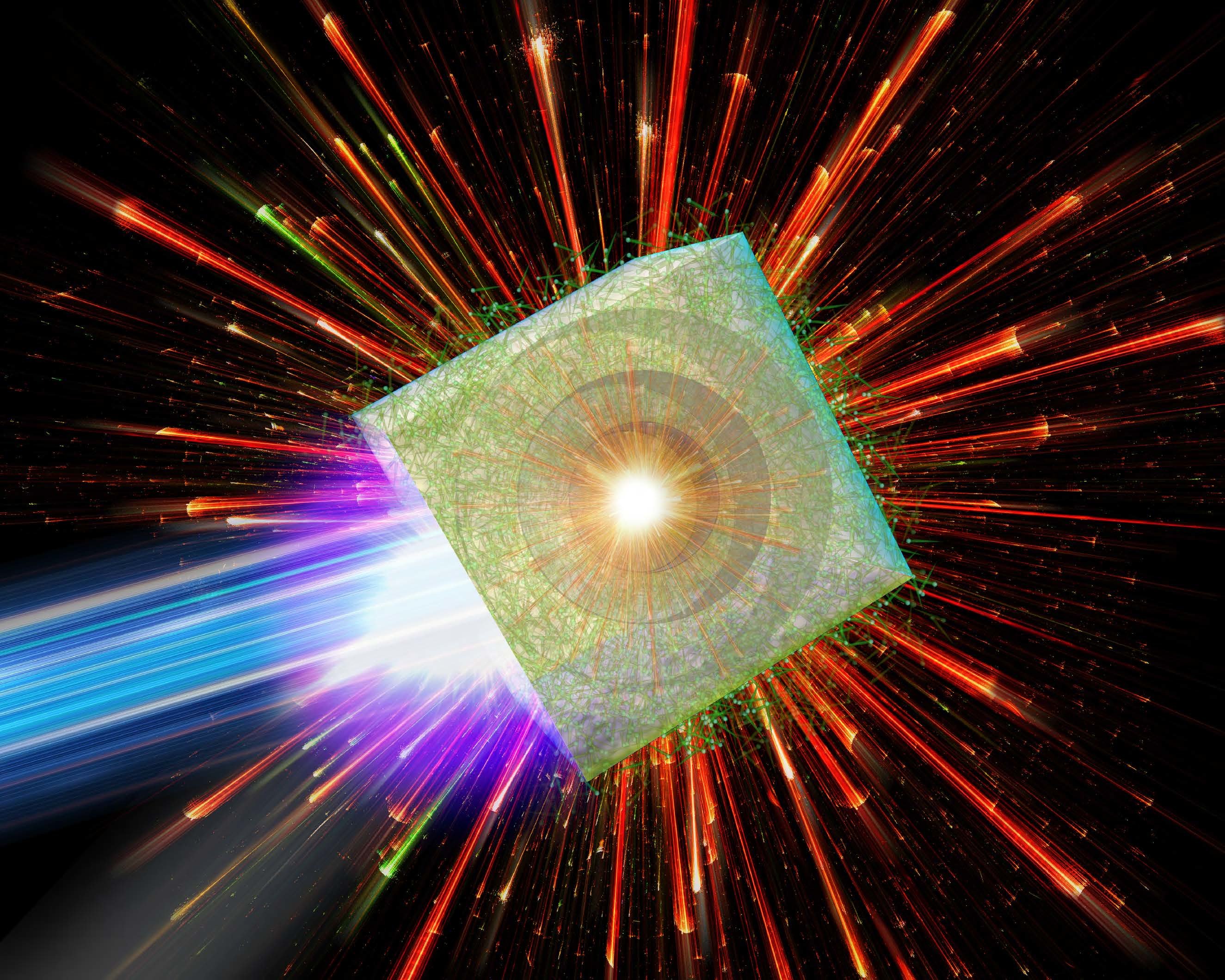